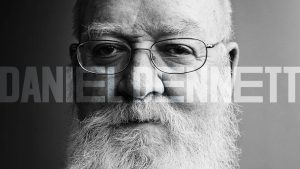 UPDATE: THIS EVENT IS CURRENTLY CANCELED DUE TO CORONA. WE HOPE TO RESCHEDULE THE EVENT IN THE AUTUMN SEMESTER IF CONDITIONS ALLOW.

The deep relation between human consciousness and moral responsibility seems obvious, but it has some underappreciated complexities. The traditional idea of free will has misled many into thinking it requires some sort of exemption from external determination, when in fact it requires something more interesting: the kind of autonomy that, independently of indeterminism or determinism, can be achieved—or lost—by some complex physical systems under certain conditions. All living things do things for reasons, but only human beings have reasons they can comprehend and act on. The capacity to be “moved by reasons” (as Kant put it) depends on having language, which both enables and depends on a special kind of consciousness so far exhibited only by our species. The difference makes a difference: we don’t—and shouldn’t—hold wolves or orcas morally responsible when they kill people. They are conscious but are not morally competent agents.

Daniel Dennett is a prominent American philosopher, writer, and cognitive scientist whose research centers on the philosophy of mind, philosophy of science, and philosophy of biology. He is one of the most famous living philosophers and the author of numerous books. He was a student of W. V. Quine at Harvard University, and Gilbert Ryle at the University of Oxford, where he received his PhD in philosophy in 1965. He’s currently Co-director of the Center for Cognitive Studies and Professor, Tufts University, Massachusetts, USA (http://ase.tufts.edu/cogstud/dennett/).

Books by Dennett:
Brainstorms: Philosophical Essays on Mind and Psychology (1981)
Elbow Room: The Varieties of Free Will Worth Wanting (1984)
The Mind’s I (1985)
Content and Consciousness (1986)
The Intentional Stance (1987)
Consciousness Explained (1992)
Darwin’s Dangerous Idea: Evolution and the Meanings of Life (1996)
Kinds of Minds: Towards an Understanding of Consciousness (1997)
Brainchildren (Representation and Mind) (1998)
Freedom Evolves (2003)
Sweet Dreams: Philosophical Obstacles to a Science of Consciousness (2005)
Breaking the Spell: Religion as a Natural Phenomenon (2006)
Neuroscience and Philosophy: Brain, Mind, and Language (2007)
Science and Religion (2010)
Intuition Pumps And Other Tools for Thinking (2013)
Caught in the Pulpit: Leaving Belief Behind (2013)
From Bacteria to Bach and Back: The Evolution of Minds (2017)

Dennett on Evolution of Consciousness at the World Economic Forum in Davos, 2018
https://www.youtube.com/watch?v=XbOP0IKpsZ0

Programme:
15.30 – 15.35 Opening by Hans Petter Graver President of The Norwegian Academy of Science and Letters
15.35– 15.45 Introduction by Johan F. Storm, Neurophysiology, and Dagfinn Føllesdal, Philosophy, Univ. of Oslo
15.45– 16.45 Lecture by Daniel Dennett: Autonomy, Consciousness, and Responsibility
16.45– 17.50 Panel Discussion and questions from the audience

The event is free of charge, seating on a first come first serve basis.