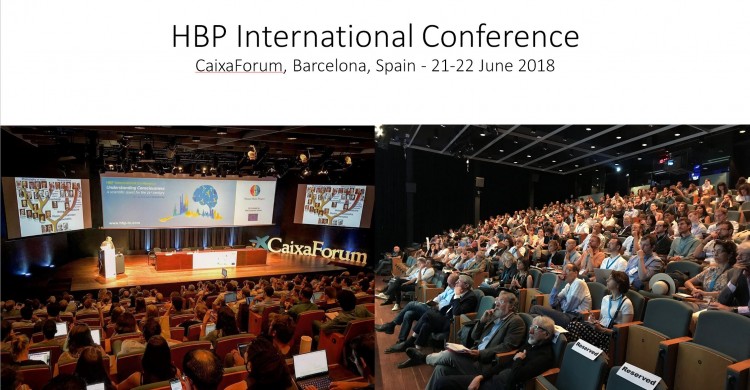 In the year past, there have been several interesting events related to consciousness research.

New York – Animal Consciousness Conference
The Center for Mind, Brain and Consciousness (in conjunction with the Center for Bioethics and Animal Studies) at New York University hosted a conference on Animal consciousness, with  series of distinguished speakers presenting and discussing  the latest results and ideas from this field, including ethology, neuroscience, and philosophy of mind.   More information about the conference, along with program, abstracts, attendance, and videos of talks can be found at the following website.

Barcelona – HBP Understanding Consciousness, a Quest for the 21st Century.
Consciousness research entered sunny Barcelona in late June. In two packed days there was talks by eminent neuroscience researchers and philosophers such as David Chalmers, Ned Block, Karl Friston, Jean-Pierre Changeux,  Wolf Singer, Emery Brown, Olaf Blanke, Marcello Massimini, Rodolfo Llinas, Larissa Albantakis, Nico Schiff, Melanie Wilke, and many other excellent speakers. For an overview of speakers, talks, abstracts, and more, go to the website.
This was the first in a series of large  Human Brain Project conferences, and was organized by Johan Storm  together with other HPB members.

Krakow – Association for the Scientific Study of Consciousness
A short week after the Human Brain Project conference on consciousness in Barcelona, the ASSC opened the doors in beautiful Krakow. For almost a week, attendees got their fair share of talks, posters, workshops, and symposiums, on various topics within the interdisciplinary field of consciousness research. Summarizing everything that happened in a few sentences wouldn’t do it justice, so make sure you check out the web site or their Facebook page.

We hope to publish more information about these events and others like them in the time to come.​