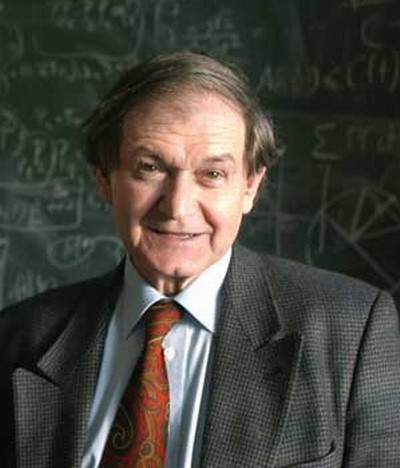 “Roger Penrose used ingenious mathematical methods in his proof that black holes are a direct consequence of Albert Einstein’s general theory of relativity. Einstein did not himself believe that black holes really exist, these super-heavyweight monsters that capture everything that enters them. Nothing can escape, not even light.  In January 1965, ten years after Einstein’s death, Roger Penrose proved that black holes really can form and described them in detail; at their heart, black holes hide a singularity in which all the known laws of nature cease. His groundbreaking article is still regarded as the most important contribution to the general theory of relativity since Einstein.”