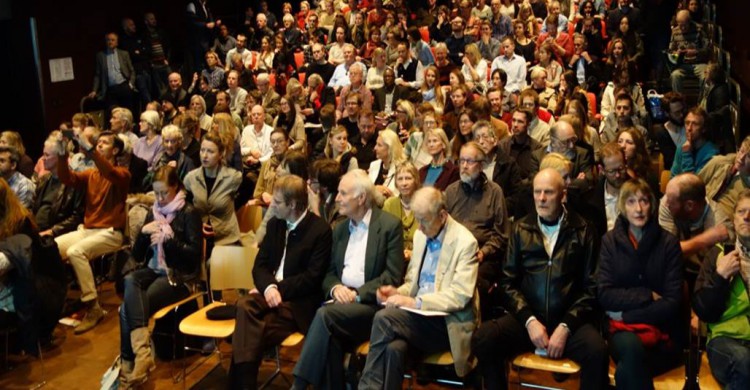 The largest lecture hall in Litteraturhuset was over-filled with people when Giulio Tononi gave a brilliant lecture about his research on consciousness and his Integrated Information Theory at Litteraturhuset in Oslo. It was an open meeting hosted by the Forum for Consciousness Research and the Norwegian Academy of Science and Letters. 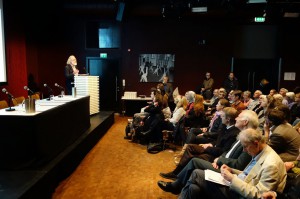 Professor Nils Christian Stenseth, leader of the Norwegian Academy of Science and Letters, opens the Meeting. 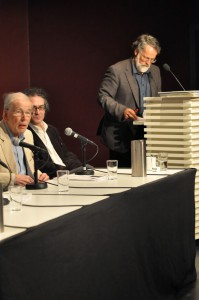 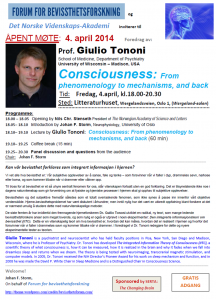 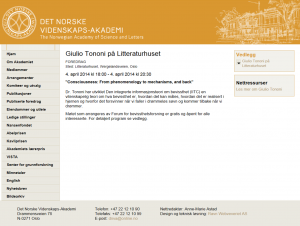 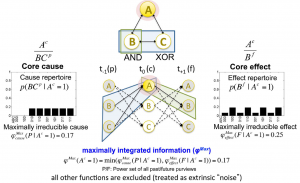